Joe Biden ran on the platform that he was not only a Christian but a Catholic. It was supposed to put Americans at ease that he was a moderate Democrat. If he believes in God, how bad could he be?

However, he’s proven time and again that he’s not your average Catholic. He believes that abortion is acceptable. And, the Catholic Church has decided that he’s not able to get communion as a result of those views.

If a Catholic cannot receive communion, is he really a Catholic? Most will argue that he is not – and that’s what we’re left to believe with Biden.

He had a chance to prove himself recently, though.

On the National Day of Prayer, it’s customary for the president to give a speech. It’s been that way since it was created by a joint resolution of Congress in 1952 and signed by President Harry S. Truman. It’s a time to pray for America and be humbly reminded that the Nation resides under God.

Providing a speech on the National Day of Prayer, May 6, shouldn’t be a problem for a self-proclaimed practicing Catholic, right?

Throughout the address, Biden spoke of racial justice, the COVID-19 pandemic, and climate change. Only, he failed to reference God…at all.

How is it that a Catholic fails to manage God…during a prayer…on the National Day of Prayer?

Oh, well, there’s the fact that the entire Democratic party is based in atheism. They’re not looking to use “God” in any aspect of government. However, if that’s the case, Biden should probably think about creating an executive order to ditch the National Day of Prayer. He’s a pro with those executive orders by now.

Bill Donahue, the Catholic League president, has said that Biden’s failure to mention God within the prayer address was “inexplicable at best and objectionable at worst.”

There’s really no excuse for what Biden has done. There’s no way that he should have been able to give this speech without using “God” in it. This was a deliberate omission – and as a man of faith, he should have insisted on the presence of God within the speech.

Donahue hits the nail on the head with the rationale: “the Democratic Party is home to secularists.”

There it is. Biden is a member of a party that wants to omit God from the entire nation. His speechwriter was very intentional with the omission. The reality is that Biden has only clung to his Catholic background because it was a tool to help him get the votes. Now that he’s in the White House, he can let his true colors shine.

Donahue commented that the Democrats have been “openly hostile to religion and people of faith.” He believes that it is this mentality that affected the speech that Biden read on the National Day of Prayer.

The Secular Democrats of America have even voiced their concerns about the country at the Democratic National Convention – and that’s when they unleashed their fury on Christian conservatives.

There’s no such thing as secularizing religious institutions – it’s an oxymoron. Yet, that’s not going to stop the Biden administration from trying to do exactly that. They’ll slowly take away all of our constitutional rights – guns, religious freedom, and more. They’ll hope that we don’t notice. The problem is that we are noticing – and even the president of the Catholic League is noticing.

Biden has failed as a Catholic, as a Christian, and as a President. It doesn’t bode well for the health of our country for the next four years.

Don’t Buy Any More Fire Starters Until You See This

Are you pinning your survival hopes on a lighter? Ordinary lighters need fuel, which leaks out and evaporates over time, and let’s face it, carrying lighter fluid or butane in your bag is downright dangerous.

But that’s not what will kill you.

What will kill you is the inability to make a lifesaving fire for heat and to boil water because your regular lighter is as dead as a doornail after months (years?) of being stored in your bag. 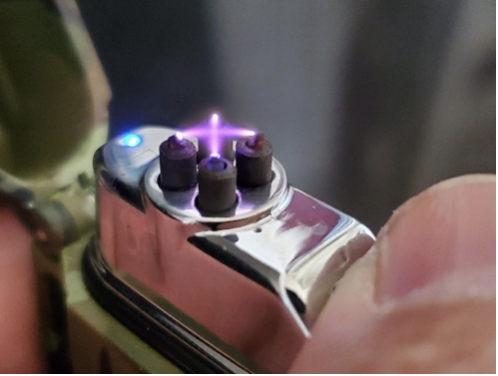 The SurvivaLighter is a dual plasma arc lighter that do things no ordinary lighter can:

Oh, and sold separately, we make a solar charger for the SurvivaLighter which means it will always be there for you when you need it.

Don’t put your trust in a fossil fuel lighter…..pick up a SurvivaLighter!

SurvivaLighter is also running a promotion right now, and for a limited time they are taking 61% off the price of the SurvivaLighter so that they can get it into the hands of as many American Patriots as possible. Quantities are extremely limited, so you must act immediately to claim your discount.